Tooling east toward the Twin Cities, we couldn’t help noticing a giant ball of thread on the roadside in Darwin, Minnesota, enclosed in its own little hexagonal plexiglass house.

As if transfixed by a mystical vision, we had to stop. Yes, it was none other than the “Largest Twine Ball in the World Made by One Man.”

Francis A. Johnson, son of a U.S. Senator, started his obsession in March 1950 on his farm, wrapping for 4 hours daily for 23 weeks. When the ball got too big to remain circular, he used a crane to lift it in the air. He continued working on his creation for the next 39 years. 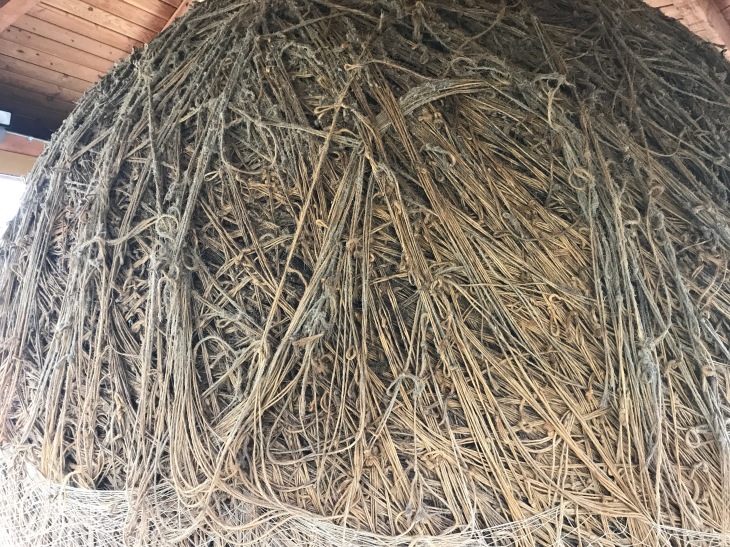 When Francis died in 1989, the city of Darwin moved the ball onto a special city lot across from the park on Main Street.

Apparently there’s a “larger” ball of twine in Kansas, but it was constructed by multiple people. From our standpoint, that’s cheating. So from Ken and Kevin and Francis A. Johnson, we say, “Suck it, Kansas.”